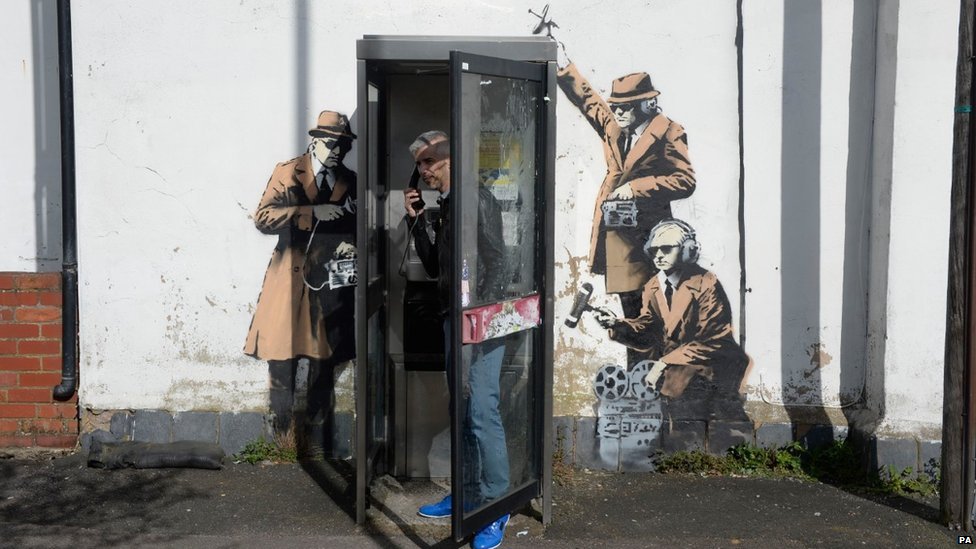 The guerrilla graffiti artist Banksy is believed to be behind an artwork which has appeared on the side of a house in Cheltenham. The Gloucestershire Echo reported that the owner of the house, Karren Smith, 48, said she saw men packing a white tarpaulin into a van at about 7.30am on Sunday. She said: ‘They were taking it down and putting it into the back of the van. I thought it might be something to do with the police, like when a crime happens. I saw these people looking and then saw the graffiti. It’s pretty good. It livens up the street.

From The Guardian article.