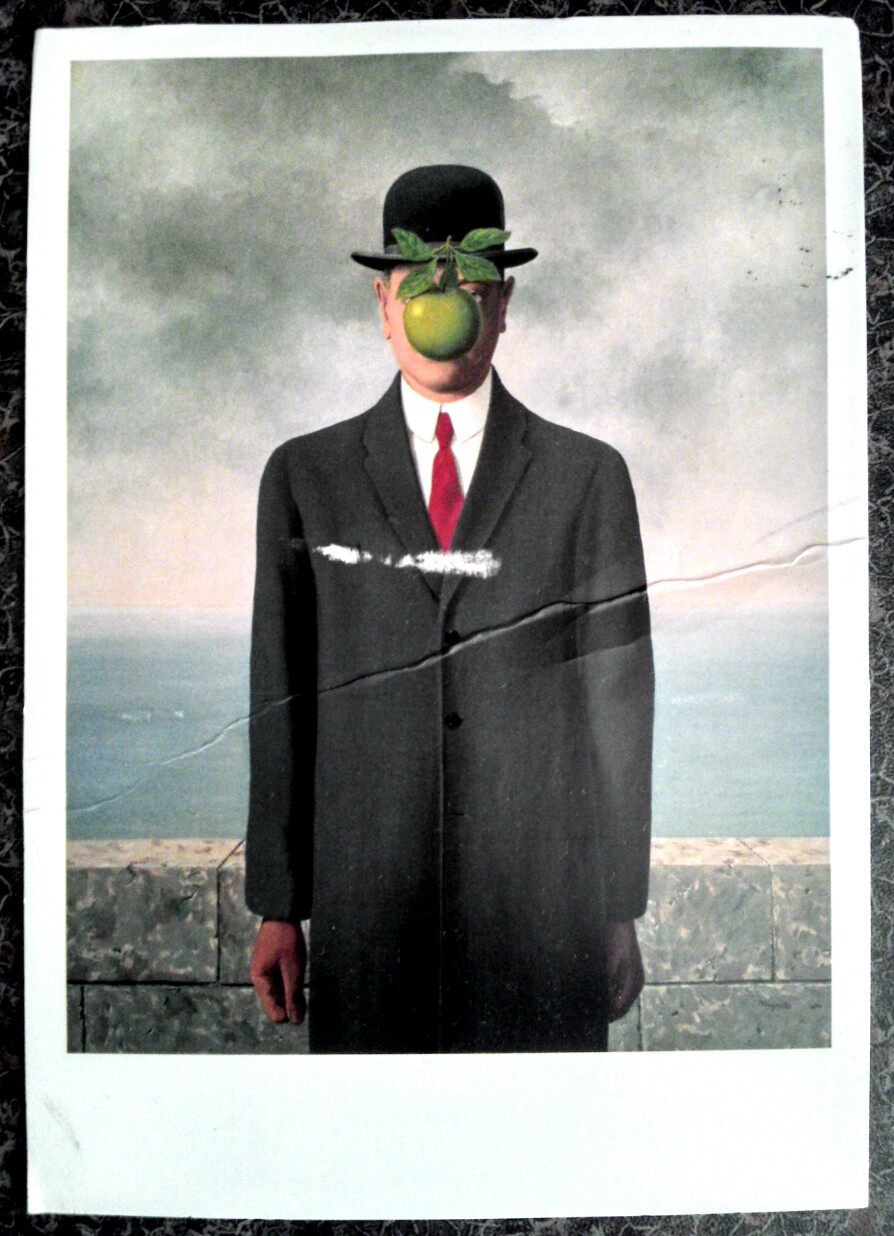 The Son of Man (French: Le fils de l’homme) is a 1964 painting by the Belgian surrealist painter René Magritte. It is perhaps his most well-known artwork. Magritte painted it as a self-portrait.

The painting consists of a man in an overcoat and a bowler hat standing in front of a low wall, beyond which are the sea and a cloudy sky. The man’s face is largely obscured by a hovering green apple. However, the man’s eyes can be seen peeking over the edge of the apple. Another subtle feature is that the man’s left arm appears to bend backwards at the elbow.

About the painting, Magritte said: