These are the carpenters who begin work, while everyone else is partying during the night, to erect the two lines of barreras (wooden fencing) on the route of the encierro. 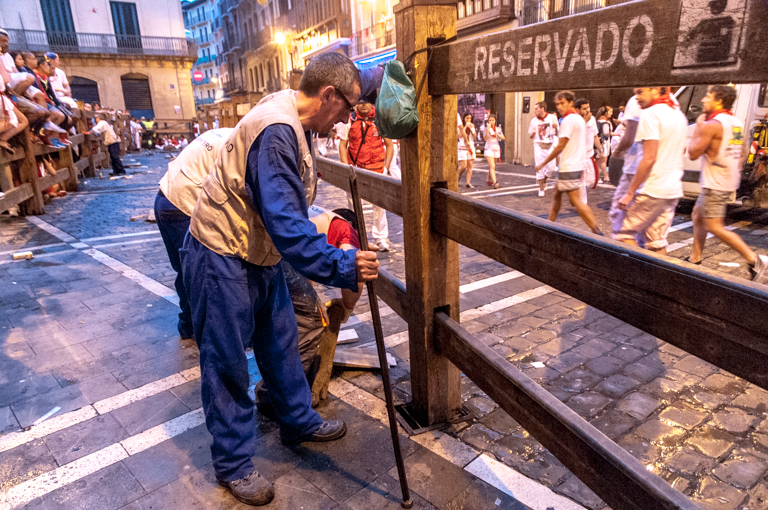 The first line of barreras are constructed to keep the toros bravos in the street separate from the medical emergency teams, police, photographers and officials. It’s also used to give people in the encierro a quick, safe escape route if needed. 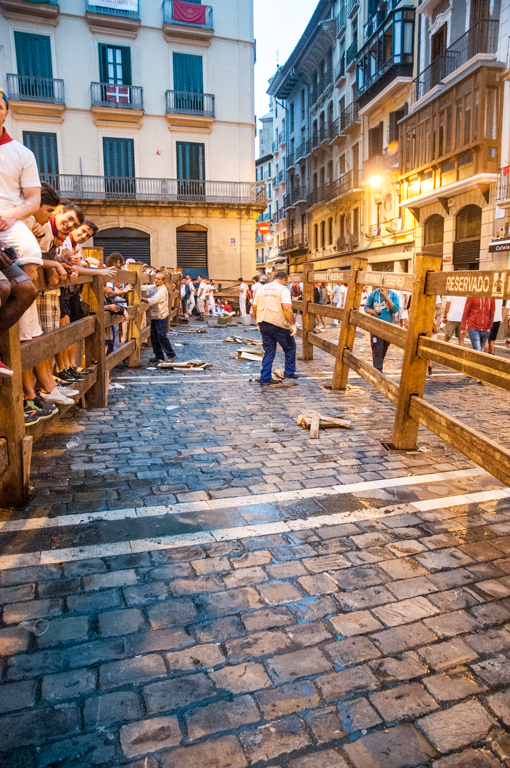 The second line is to keep the spectators, drunk people safe and separated. This area is a “working area” for the medical teams to treat injured people.

Within 10 minutes of the encierro finishing, the same carpenters will be deconstructing the barerras, to store them until the next day.