An extension of the ‘Visitor’ series, Alien is a vast 6m tall work depicting a humanoid figure crash landed in the earth. It’s circling legs suggest that this a more permanent development as the figure struggles to free itself from the ground.

“I have always been fascinated by the idea that we are not alone, that a massive Alien might suddenly land on earth. I wanted to capture the sense of wonder and shock that such an arrival would generate.

However, the title Alien also suggests something quite different: the difficulty of being an outsider.

My father arrived in England from Vienna with his parents as refugees in 1938.

My grandfather was interned as an enemy ‘Alien’, a great paradox given the reasons he had to leave Austria, something that my family often spoke about. Sometimes immigrants hide their true identity beneath the surface, like this sculpture. Many of my works, both paintings and sculptures, explore the theme of belonging or alienation. But with this work I wanted to use a vast, breathing human form to express the profound feelings associated with these themes. And I needed the massive scale to portray the intensity of these emotions.” 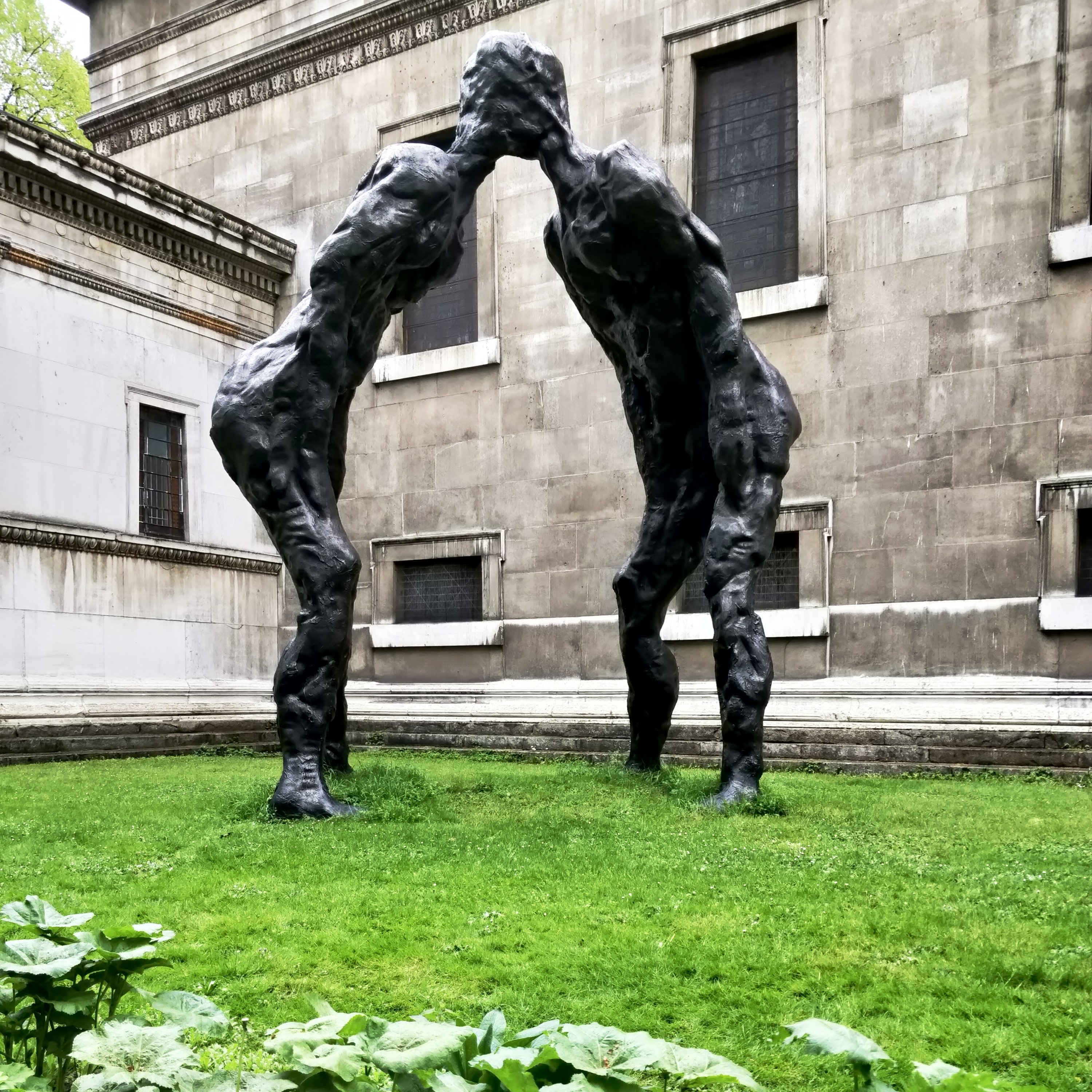 “This sculpture is a human arch, but the arch means something very potent: the joining of two minds. […] connections such as brothers, siblings, partners, friends and joining strangers. […] of coming together, resolution and peace. But it also offers therefore a suggestion of symbolic meanings to every bridge or arch. Every arch is a symbol of connection and resolution.

I believe that it is only a matter of time until technology allows literal telepathy. A few generations ago the idea of phoning somebody thousands of miles away would have seemed like a preposterous fantasy, but now we take that, email and social media for granted. Distances between people that were formerly unbridgeable are now connected in less than a second. I want to express that miraculous element of modernity. Now is in many ways the age of communication.”

These sculptures are in the St. Pancras Newchurch Yard grounds facing Euston Road. It is a Greek Revival church (built from brick, Portland stone, and terracota) in St Pancras, London, built in 1819–22 to the designs of William and Henry William Inwood.