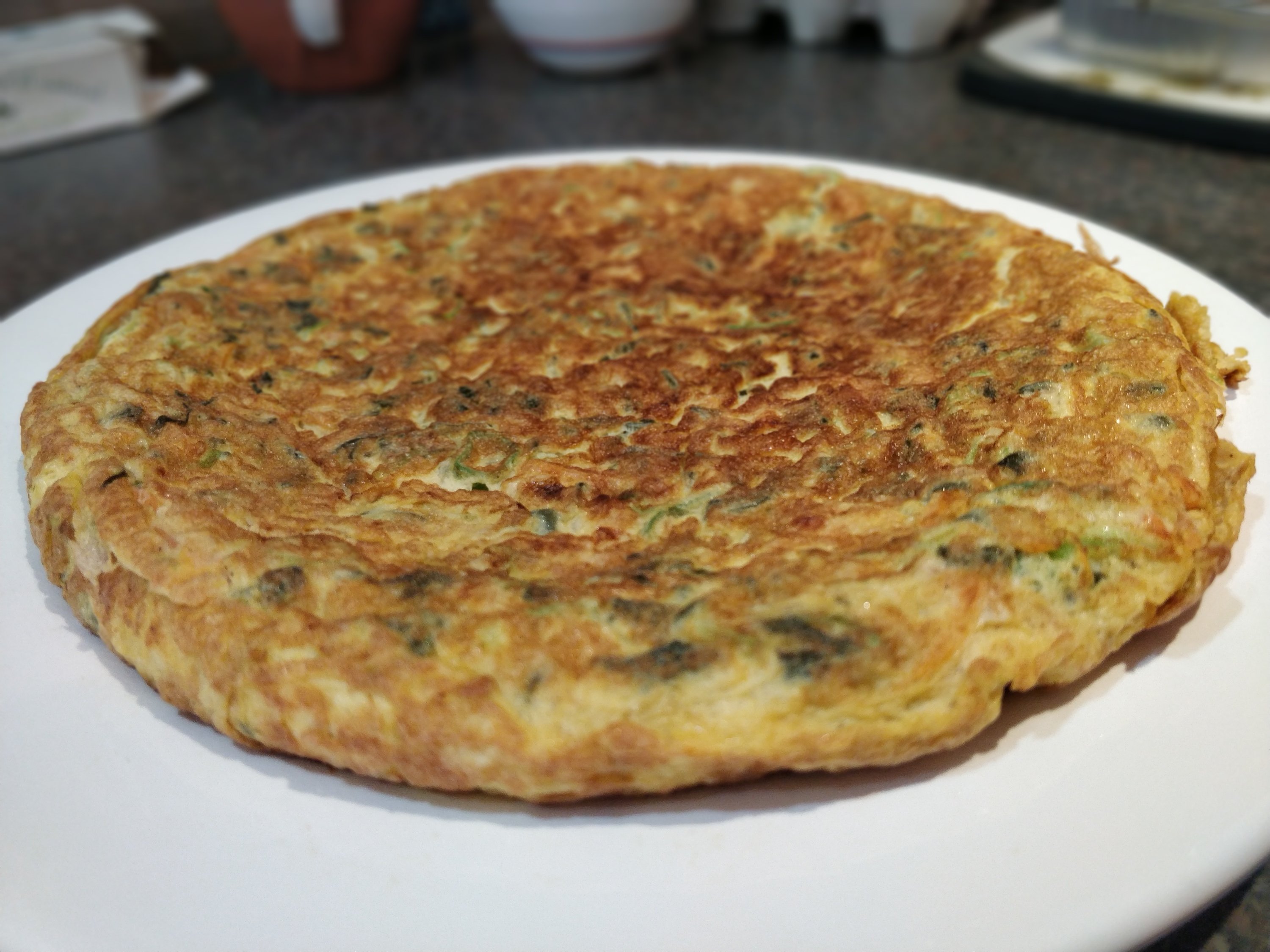 I bought some tinned “fresh” (🤔) Galician seaweed a while ago, espagueti del Mar (spaghetti of the sea). It’s scientific name seems to be Himanthalia Elongata.

I wanted to use it up so I tried a Korean seaweed omelette recipe.

The only difference was instead of blending the seaweed into a paste with an egg as the receipe says, I chopped the seaweed, not too finely.

I followed the remaining steps of the recipe.