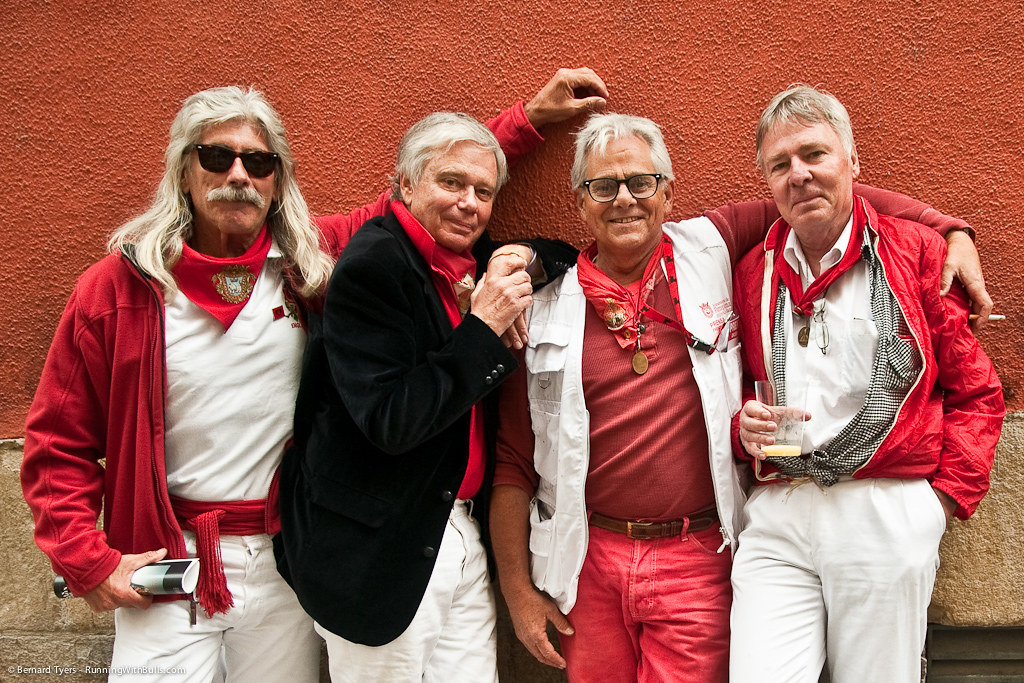 Christian was travelling around Bangkok and met the infamous, and mysterious Bomber.

In the comments of Christian’s video, Bomber’s cousin, who also came across the video by chance, explained “what Bomber was” ((Vickie’s comment on Vimeo)):

I was going through some of your video and to my happy surprised but made my heart skip a beat was my cousin in this video. You will see the boxers, then some guy on a bike and the El Bomber, sitting in a chair with sunglasses and longer grey hair. El Bomber past away this past Feb. at the age of 65. He ran with the bulls every year since the age of 20 or so and still did in 2012. He is a hero to many. Thank you for making this video and including a wonderful man.

So, here is the photo for you Vickie and Christian. This year we’ll be raising a class to Bomber as we did last year. Take it to the limit!

The Internet really is a small place.