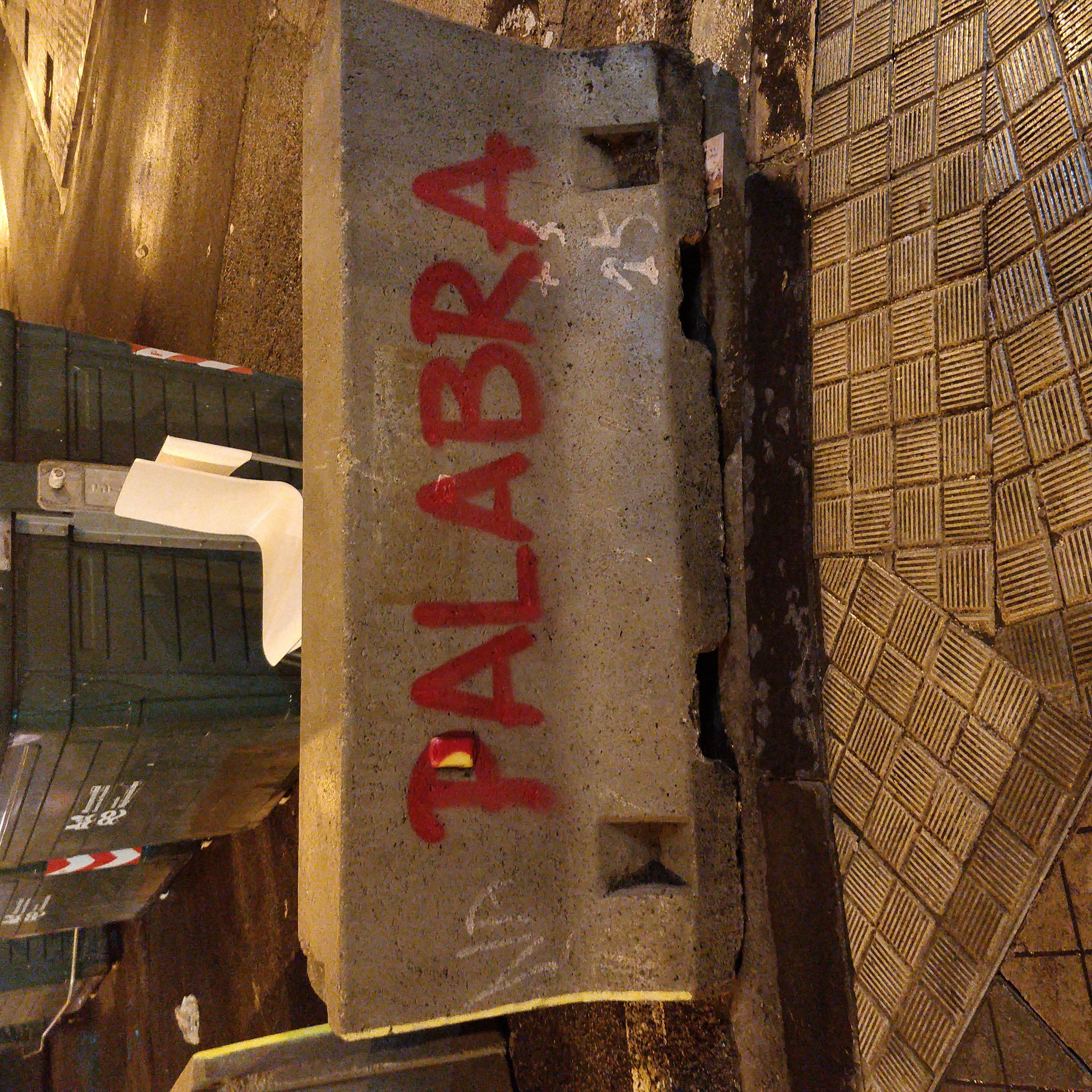 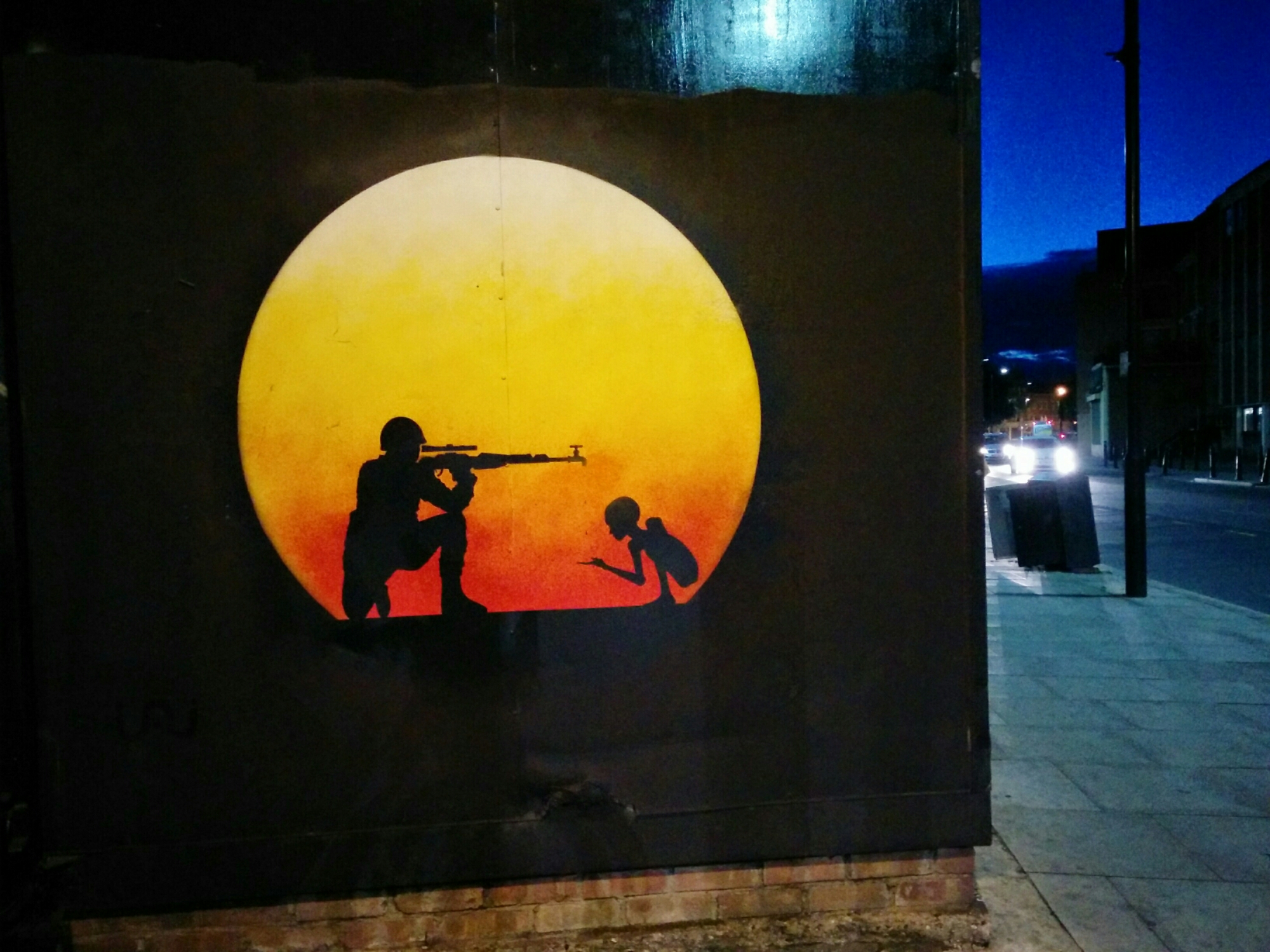 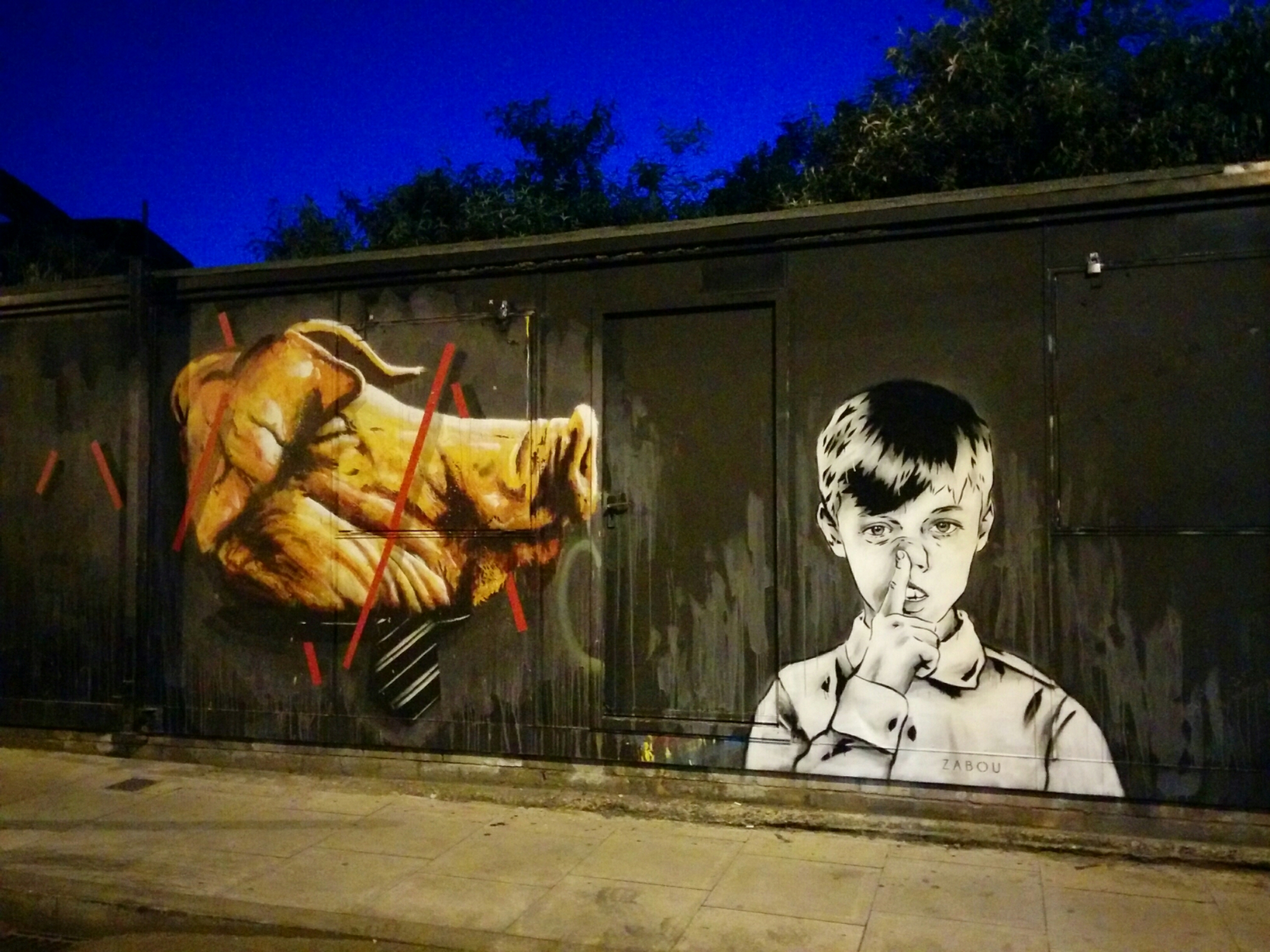 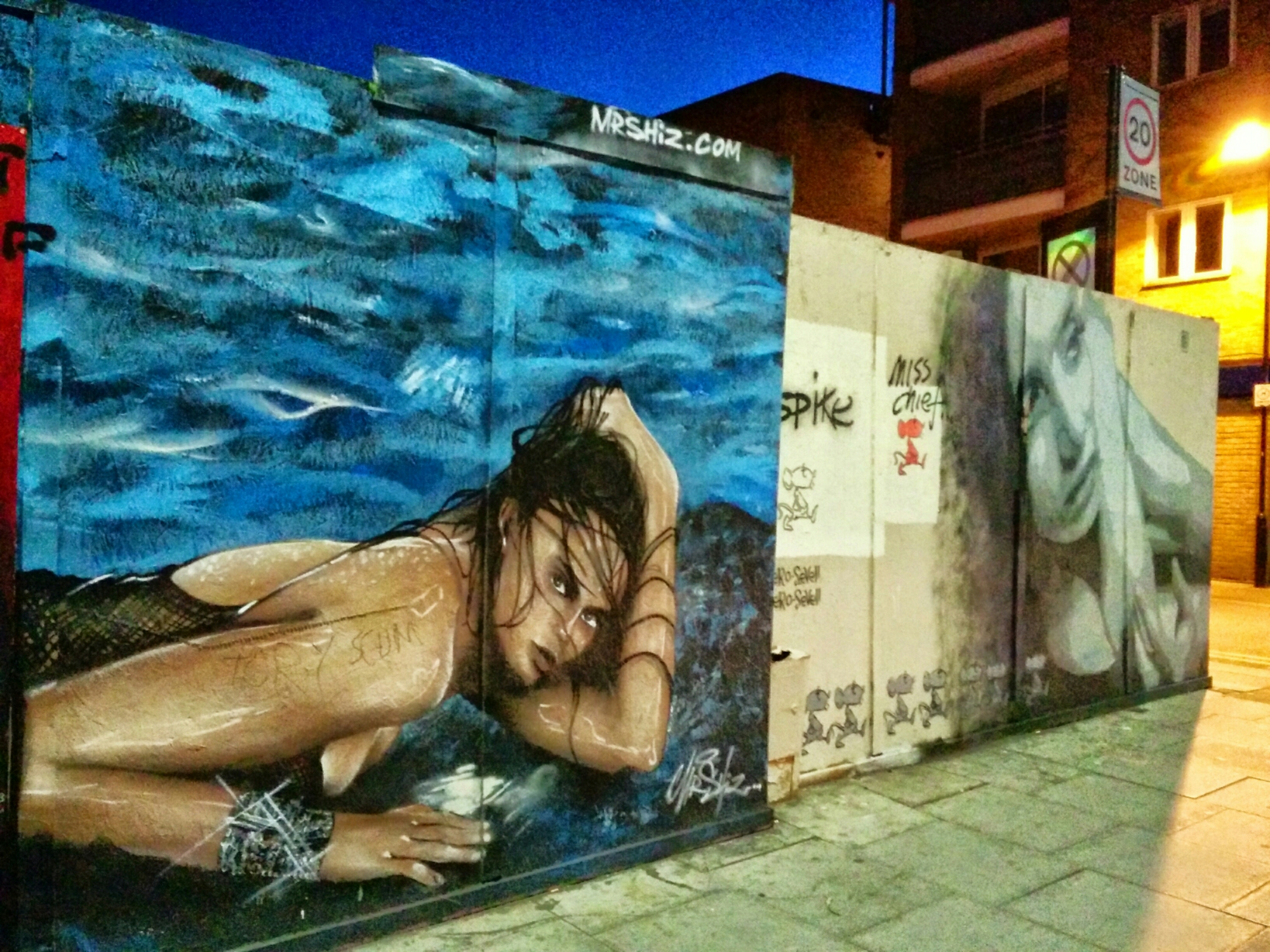 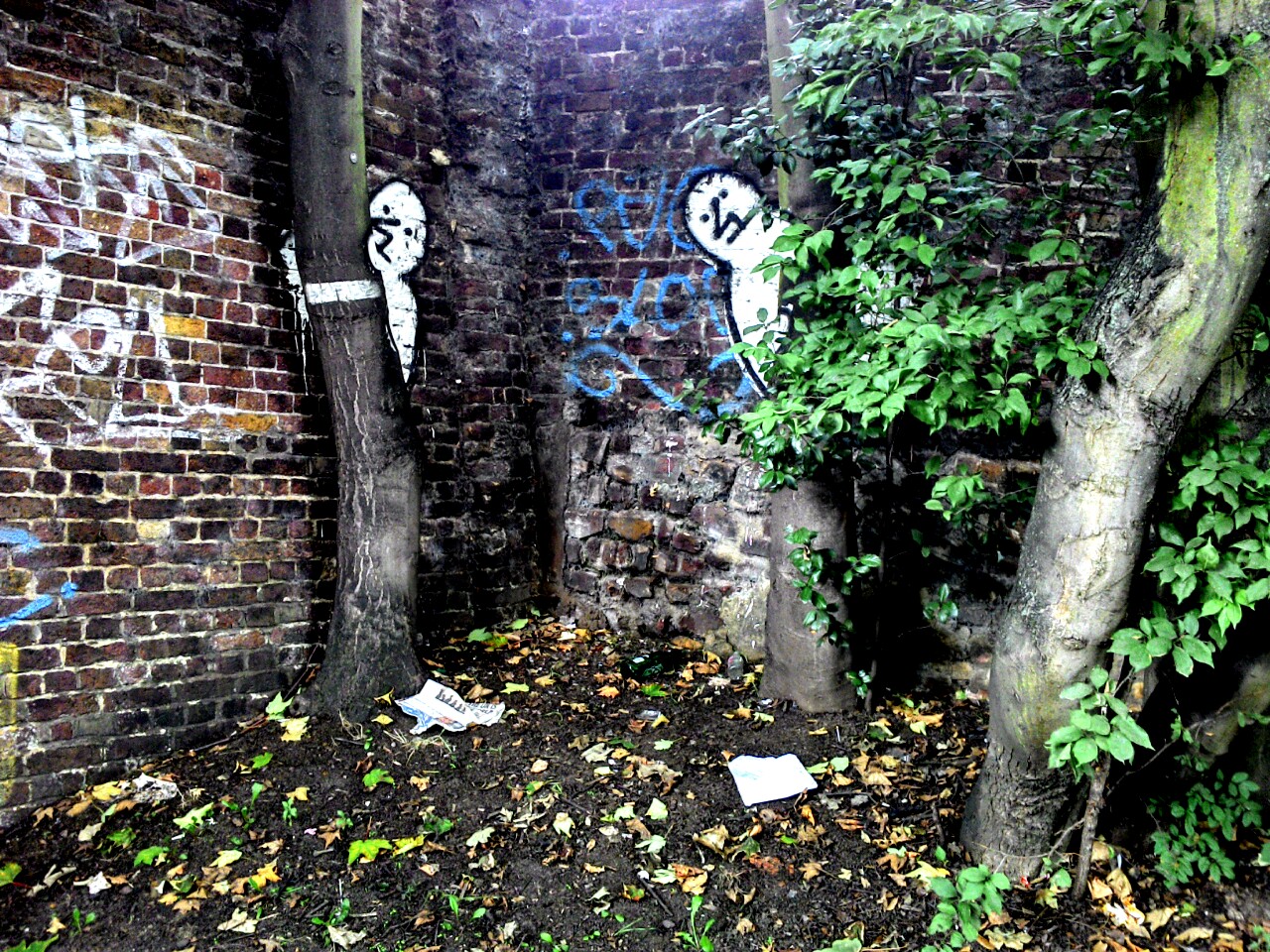 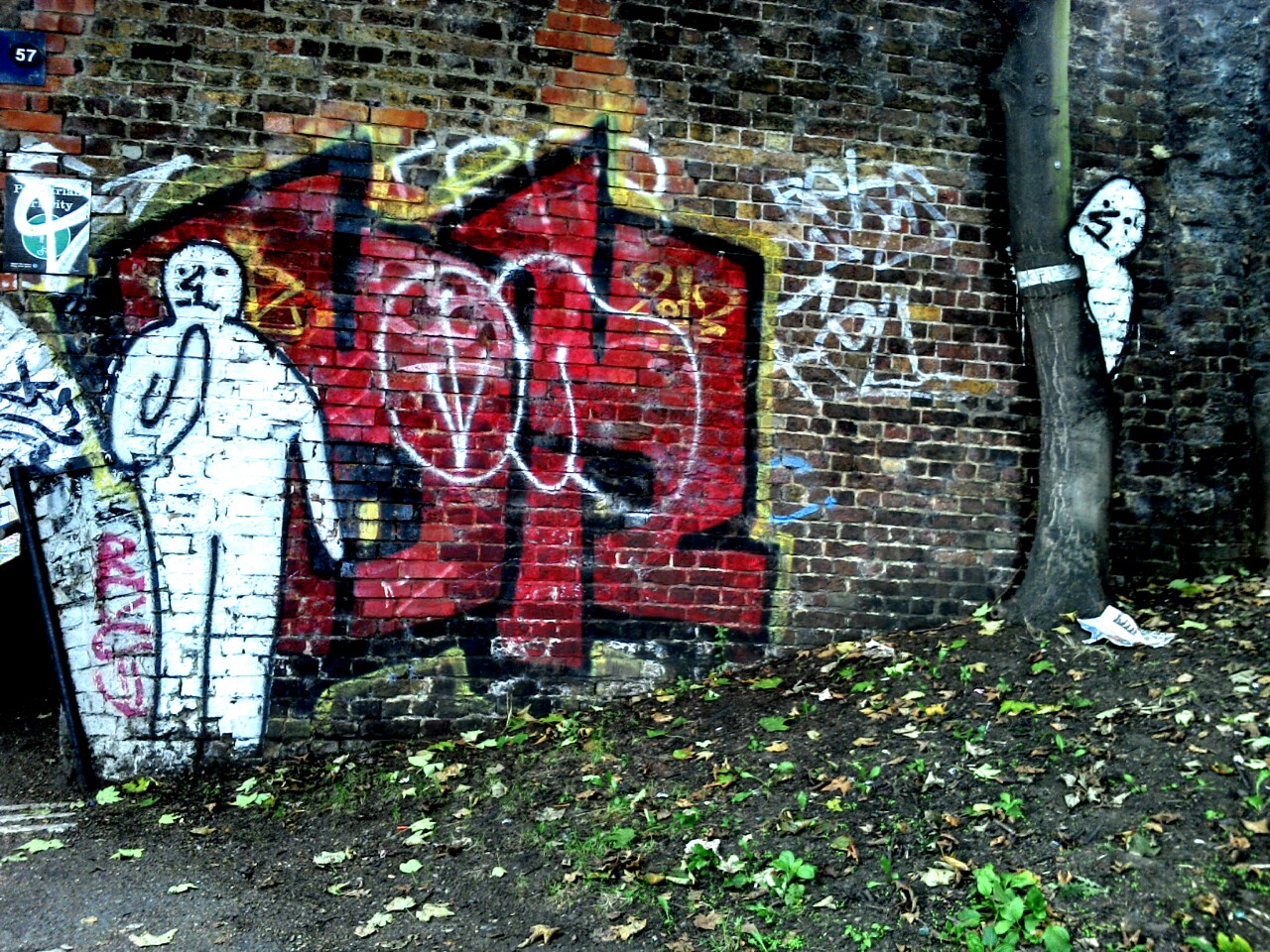 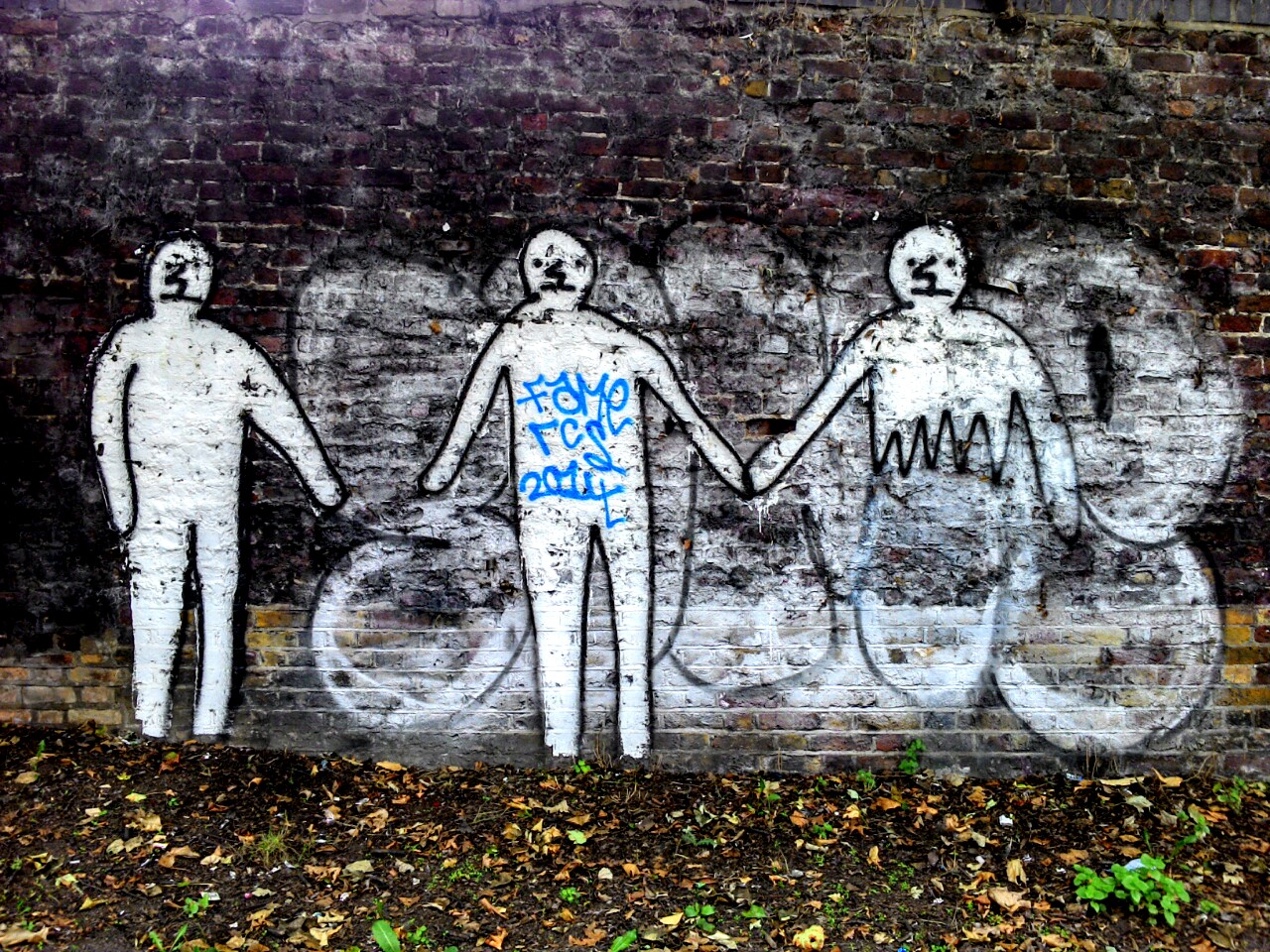 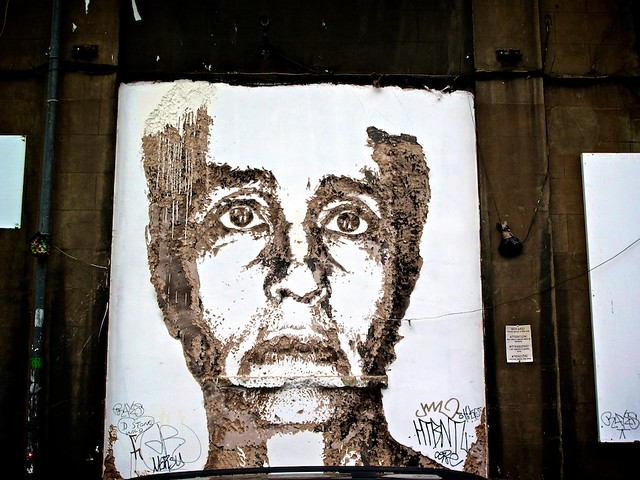 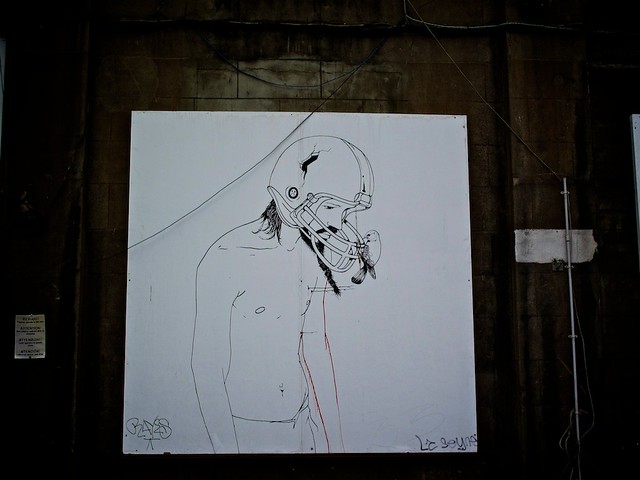 Wonderful. Chiseled into the plaster and bricks.

This is apparently the work of Vhils, a Portuguese graffiti/street artist Alexandre Farto.

“He gained prominence when his work of a face carved into a wall appeared alongside a picture by street artist Banksy at the Cans Festival in London in 2008. A photograph of him creating the work appeared on the front page of the The Times.

He was later given space to show his work by Banksy’s agent, Steve Lazarides. Several of his works were featured in Outsiders, a collection of street art published by Century, 2008.”

You can see another Flickr shot of his work here. See his work in an Observer article here.